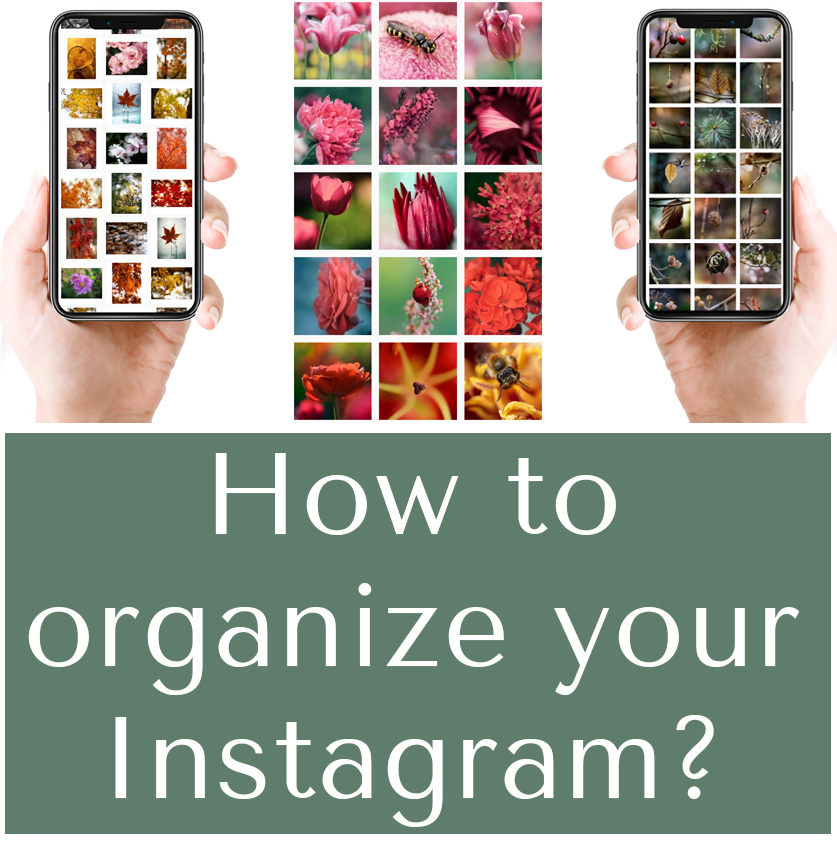 Your Instagram feed is the first and the main thing everyone see when visiting your profile – and the way it looks – make huge impact on how good you look in the eyes of others and often determine if you will earn a new follower or not. You obviously want your feed to look good, not unorganized and totally random. But how to organize your feed? There are multiple ways of doing that.

I have noticed that there are three types of Instagram feeds:

In such feeds the photos aren’t organized by color, type or anything else. The feed is monotonous with one connection – the editing signature or style of the author. If done skillfully, monotonous feeds look really good, if all the photos are good quality and can keep the attention of the viewer. Though, if the feed does not change over time, it can get boring when scrolling such feed for a longer time, because the photos from distance could look quite alike.

When the feed is totally chaotic – every photo speaks by itself, and they do not have any organization or connection. An example of such feed – there is a photo of a moon, a macro of a lilac flower, a photo of a duck, and a photo of a fireworks next to each other – and they each have different colors in them. Such random feeds don’t make any connection between the photos. If you have such feed, and have many photos of each kind to post – it is suggested to create different account for each kind of photography (just like I have with my macro photography and drone photography accounts). Such feeds look unprofessional and unplanned and is a bad example.
Of course, if your goal is to simply share your everyday snaps and you’re not worrying about what others think of your feed, then there isn’t anything wrong with such feeds.

Feeds can be organized either by color or by the objects in the photos. Such feeds can look really good when done correctly.

There are multiple ways to organize your feed:

Is there an incorrect way of creating an organized feed?

Yes, there is. A feed can be organized, but still won’t look good if the photos you post are too similar to each other and too boring. You need to create a feed that others would be able to scroll through without quickly losing interest in your photos just because they look so similar or there’s the same object in them. Often this mistake happens when posting in rows of three photos – you need to have three photos of the same theme, so you post two very similar photos in there.